If you believe in a deity or in some divine authority, then stop reading, because this is probably not your cup of tea. You may be interested though if you are atheist. Be counted at AtheistCensus.com because numbers matter. 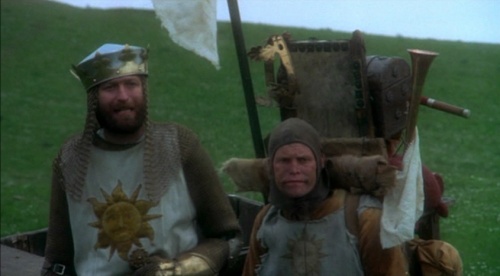 Two centuries ago, thirteen British colonies rebel against royal tyrannical repression in a Freedom quest and France wisely overthrows a repressive monarchy during the French Revolution as science, rather than religion, inspires people to measure wisely. Britain, on the other hand, still clings to an outdated royalty scheme of downgrading people to lowly subjects to the Great British Crown, supposedly operating under divine guidance. This scene from Monty Python and the Holy Grail reveals just how silly such a farcical monarchy is in the Modern Era:
ARTHUR: I am your king!
WOMAN: Well, I didn’t vote for you.
ARTHUR: You don’t vote for kings.
WOMAN: Well, how did you become king then?
ARTHUR: The Lady of the Lake, [angels sing] her arm clad in the purest shimmering samite, held aloft Excalibur from the bosom of the water signifying by Divine Providence that I, Arthur was to carry Excalibur. [singing stops] That is why I am your king!
DENNIS: Listen. Strange women lying in ponds distributing swords is no basis for a system of government. Supreme executive power derives from a mandate from the masses, not from some farcical aquatic ceremony.
ARTHUR: Be quiet!
DENNIS: Well you can’t expect to wield supreme executive power just ‘cause some watery tart threw a sword at you!
ARTHUR: Shut up!
DENNIS: I mean, if I went around sayin’ I was an emperor just because some moistened bint had lobbed a scimitar at me they’d put me away!
ARTHUR: Shut up! Will you shut up!
DENNIS: Ah, now we see the violence inherent in the system.
ARTHUR: Shut up!
DENNIS: Oh! Come and see the violence inherent in the system! HELP! HELP! I’m being repressed!
ARTHUR: Bloody peasant! 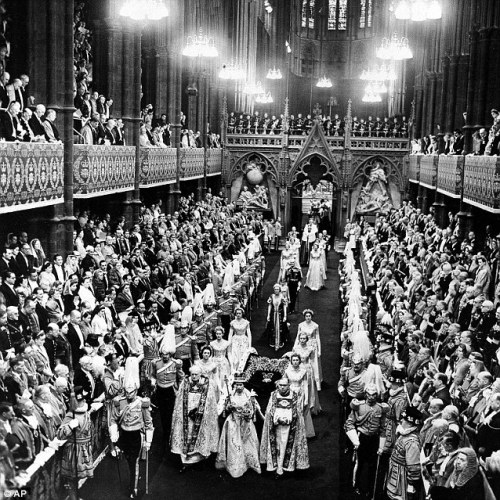 So you see, once a government employs mendacity as a foundation to maintain a façade of power, it must build lie upon lie in order to maintain the façade. But farces eventually fade. People start acknowledging that the Emperor wears no clothes. The Church of England is that mendacious foundation. The British government must perpetuate a farcical claim that the mile, inch, gallon, pound et cetera are measurements divinely passed down to subjects of the realm through a Great British monarchy. The truth is that there is nothing divine about those silly, obsolete measures, but the British government, intoxicated with the liquor of complacent mendacity, cannot now backtrack on historic farcical claims for fear of losing face.

Now the house of cards tumbles down all of a sudden. Brexit may very well result in Northern Ireland and Scotland and Gibraltar breaking away from the United Kingdom, which is not so united anymore. 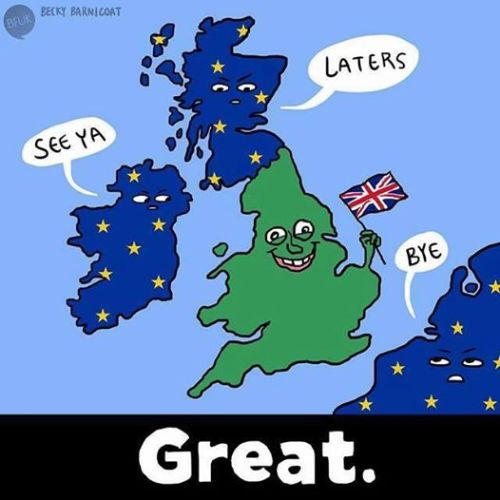 England would be left all alone; no more United Kingdom, just an obsolete little kingdom with nothing to unite. 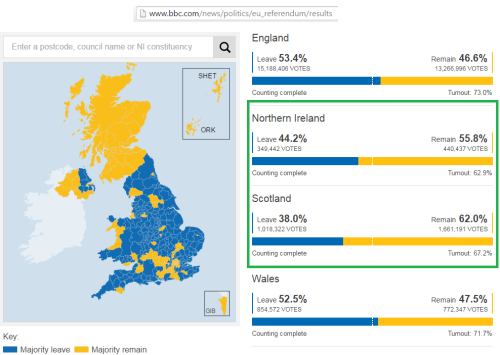 The Obsolete Mile, inch, gallon, pound et cetera can either die a slow, painful death by systematic organ failure or by a swift, happy, user-assisted suicide. One person at a time; start with yourself right now and kill the inch in your mind. Measure wisely, my friends. Join our effort to reveal the centuries of mendacity thrust upon the British people by the convoluted church / state façade of British royalty.
America should remove In God We Trust from the dollar and Britain should remove the bloody queen from the British Pound and abolish monarchy altogether. Both currencies are decimalised. Let us take the next evolutionary step and remove the façade of religion from all government-related affairs. We can kill the inch and fully embrace the International System. Both America and England have come a long way towards metrication; we are actually already about half way there. Let us not leave the job half done. Let us finish the job. If Australia and India can do it, then so can we! 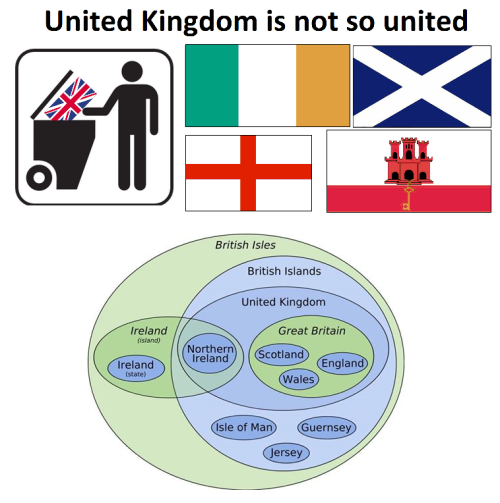 Kill the Inch and Complete US Metrication
Adopt the Metric System
Call for the United States to Convert to the Metric System
Metricate Hopkins!
U.S. Metric Association, Inc.
Americans for Metric-Only Labeling
Americans for a Metric Revolution
&*^# IT! I’M SWITCHING TO THE METRIC SYSTEM, WHO’S WITH ME?
Consanguinity for the Metrication of the United States
Go Metric!
Go Metric Now
The Metric Alliance
Foreign-Born for Measurement Reform

Progressive Europeans – The purpose of this Facebook group is to promote a progressive agenda in Europe; promote the European Convention on Human Rights; promote a global embrace of the SI (International System); and continue our efforts to keep Europe at peace.